Basic Math Formulas That Are Used in Algebra

Basic math formulas are used so often in real world problems, that it's important to learn how to utilize these formulas early in your Algebra studies.

You've learned how to evaluate algebraic expressions, and now you will use this skill to solve real world problems that involve math formulas.

Let's start with 2 formulas that you are very familiar with. The area and perimeter formulas are used quite often in math. You may be familiar with these formulas, but if not take a look at the following diagram.

The perimeter of a figure is the sum of the length of its sides. This is the length around the outside of the figure. 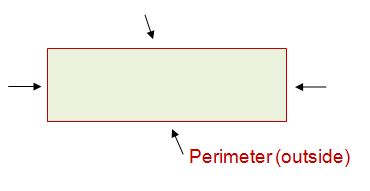 The area of a figure is the amount of surface the figure covers.

Let's Look Specifically at the Area and Perimeter of a Rectangle

The perimeter of a rectangle is the distance around the outside or the sum of all 4 sides. Since the two lengths are the same and the two widths are the same, we can use the formula:

The area of a rectangle is length x width.

Now, that you reviewed the formula, we'll use our area and perimeter formulas for a rectangle in order to solve a problem.

Example 1 - Finding the Perimeter of a Rectangle 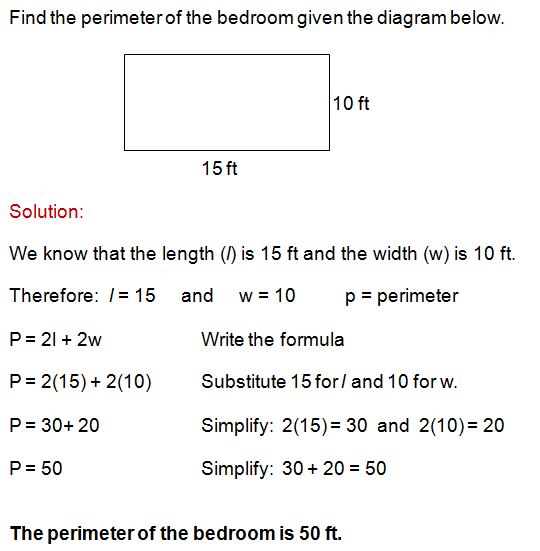 Now, that was pretty easy, huh? Simply substitute the given values for each variable, and evaluate. Let's try the area formula.

Example 2 - Finding the Area of a Rectangle 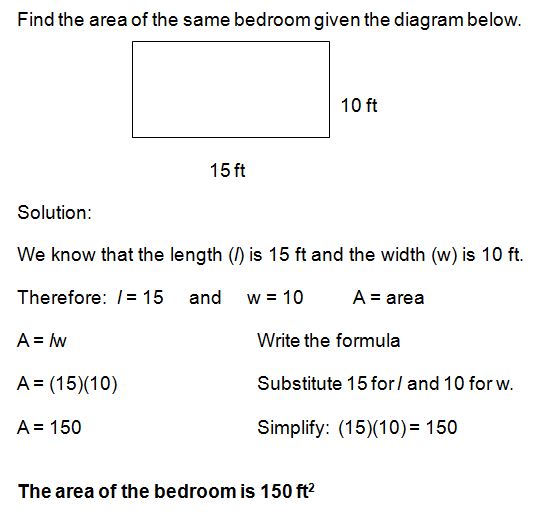 There are so many formulas that we could use as examples! There are several formulas for circles and think about all of the formulas that you use in science. This is definitely an algebra skill that is used in everyday life.

Let's take a look at one more formula, just for practice. This is an easy scientific formula - the distance formula. 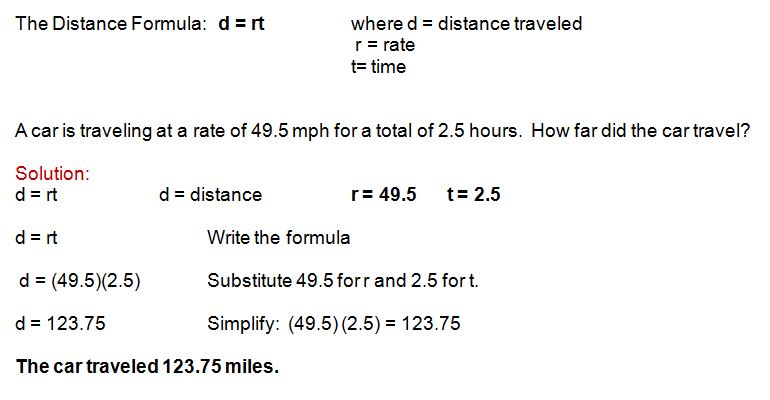 I'm sure that you've been using formulas for a while in your math studies. I'm hoping that you know have a better sense of the difference between perimeter and area. If not, please make sure that you watch the video above where I am better able to explain these differences.