Adding Fractions with Unlike Denominators

Many people have difficulty adding fractions with unlike denominators. There's no doubt that fractions are difficult to deal with especially when you have to find the least common denominator.

I'm going to show you three examples, and I will break down each step for you. By following my examples, step by step, you will quickly learn how to add fractions with unlike denominators.

If you are really struggling, be sure to check out the video examples.

In order to be successful with this lesson, you must be comfortable with finding the least common multiple and writing equivalent fractions.

Please go back and review these lessons if you are not proficient with these two skills.


OK.. Here we go with Example 1. We'll start with the video lesson and the written lesson will follow.

Example 1 - Adding fractions with unlike denominators 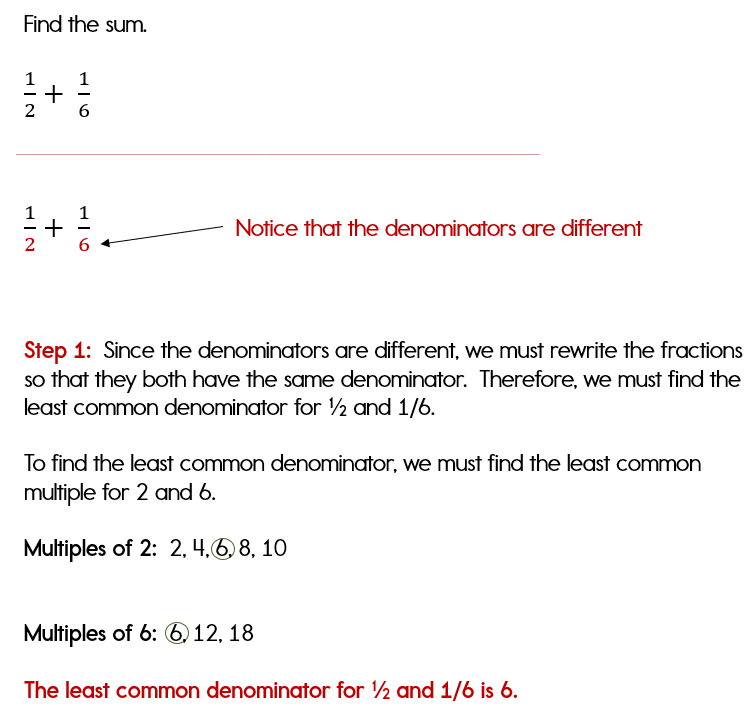 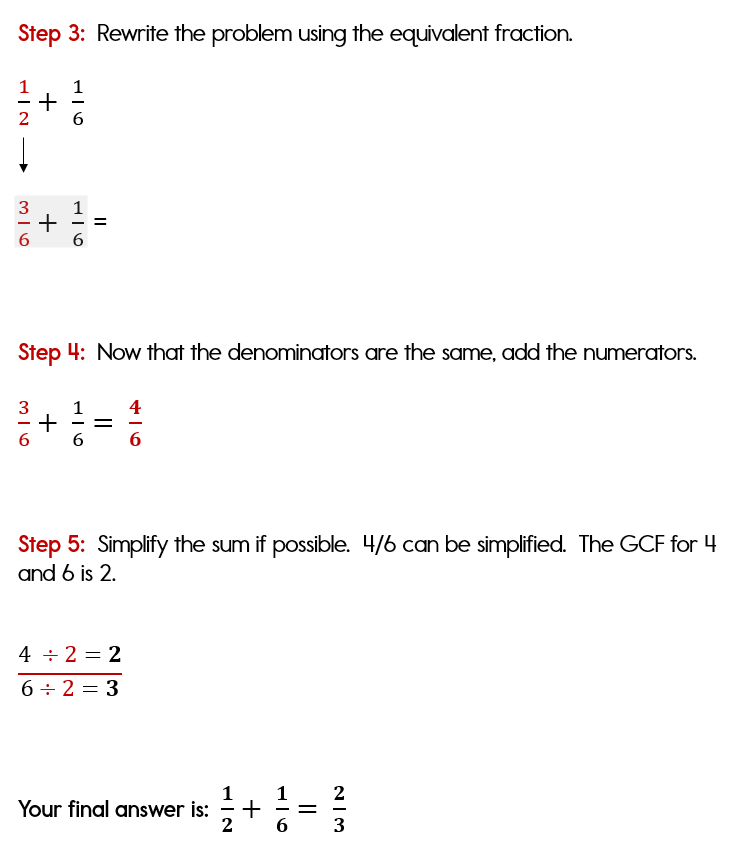 Steps for Adding Fractions with Unlike Denominators

3. Add the equivalent fractions that you wrote in step 2. (The denominators should now be the same.)

Example 1 was written horizontally, which I'm finding more people are doing lately. I still favor adding fractions that are written vertically which you will see in Example 2.

For Example 2, we will add fractions where neither denominator is the least common denominator. But, we'll still follow the same steps. Take a look....

Example 2 - Adding Fractions with Unlike Denominators 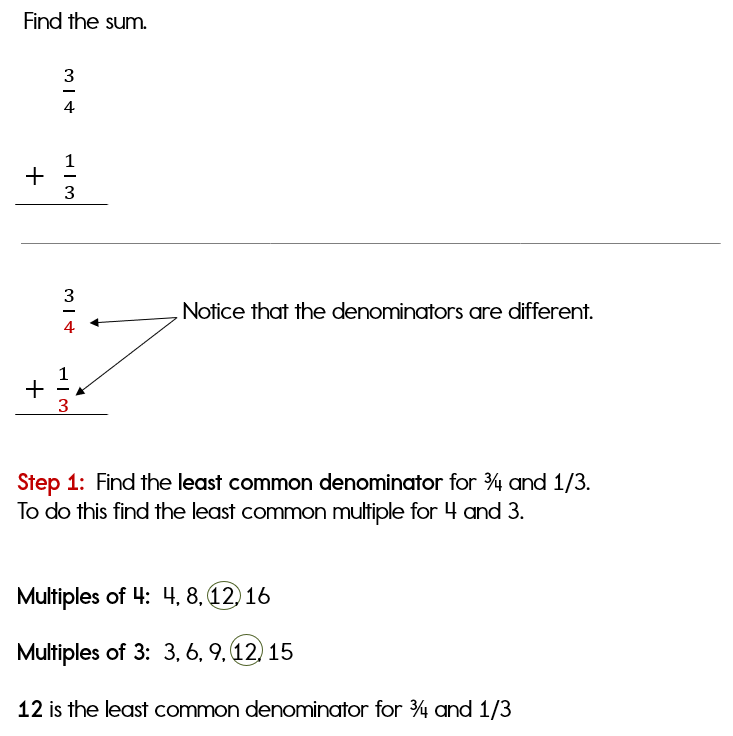 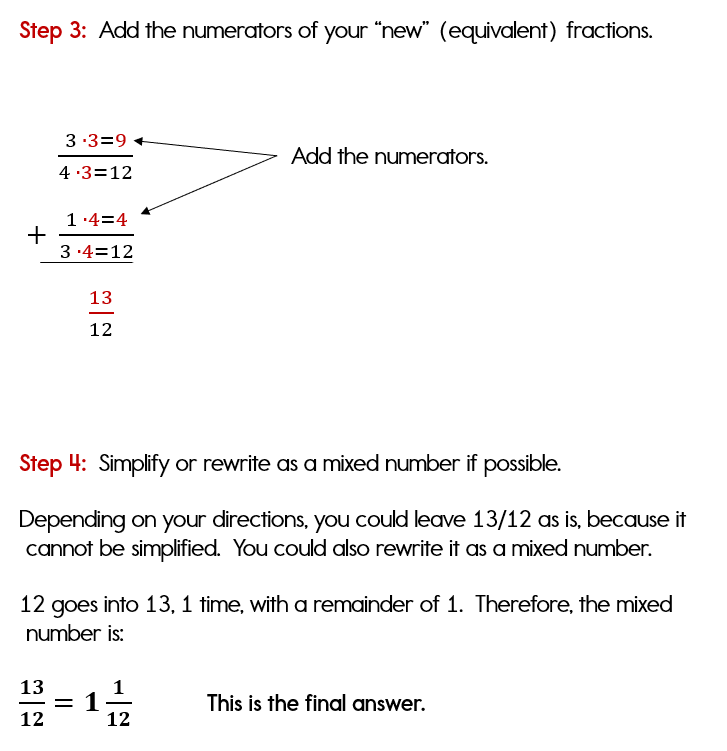 Having trouble? Watch this example on video.

These lessons focus on finding the least common denominator because this will make simplifying at the end much easier.

Hint: You can always find a common denominator by multiplying the denominators together.

I do recommend finding the least common denominator if possible, but don't fret if you can't! You will still be able to complete the problem.

Ok,let's step it up a little. For the last example, we will add 3 fractions.

Calm down..... this is a piece of cake! We'll use exactly the same process. Take a look... 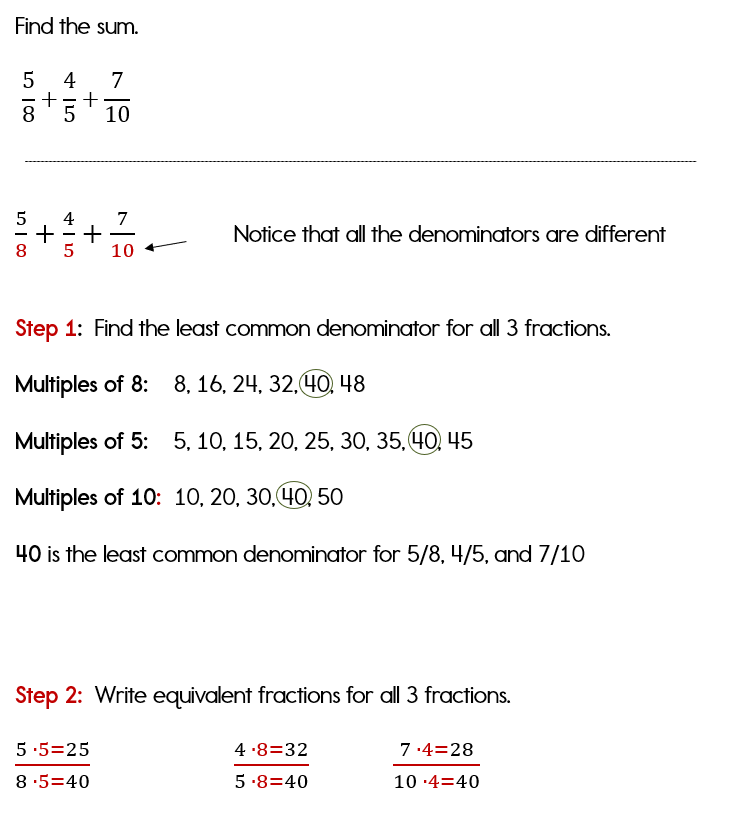 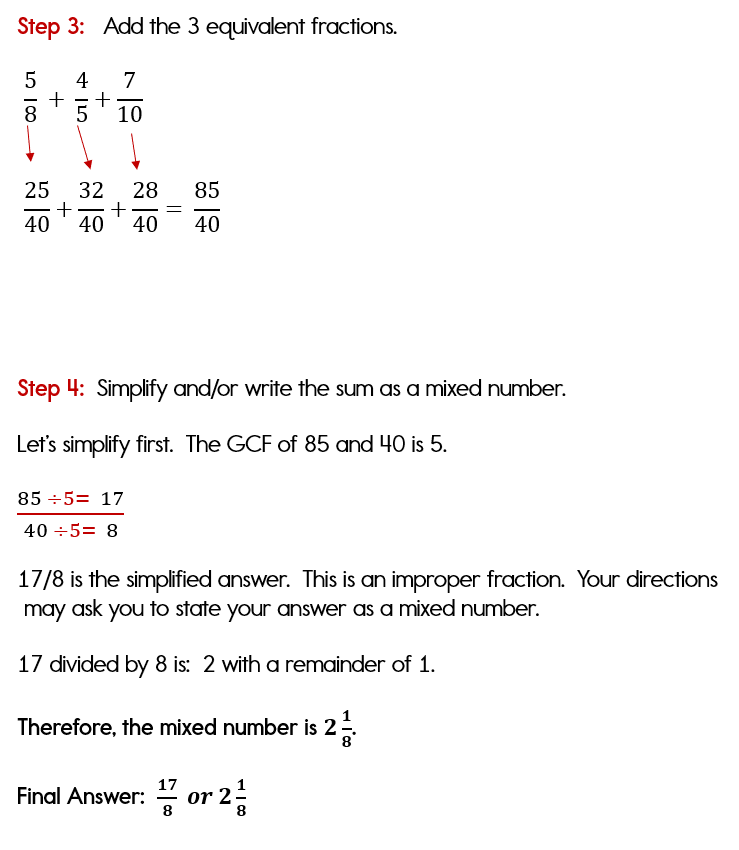 Do you feel a little better about adding fractions with unlike denominators? I hope so!

If you are feeling pretty good, then the great news is that if you can add fractions, then you can also subtract fractions.

Your next faction lesson is Subtracting Fractions with Unlike Denominators.